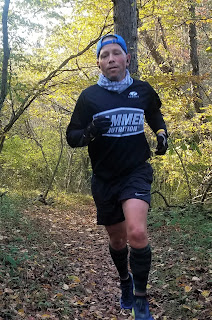 I am a cross country and track coach for the local high school where I work (and where I graduated from).  I have done seven 50k's, one 105k, and have attempted one 100mi thus far, bowing out at 55 miles.