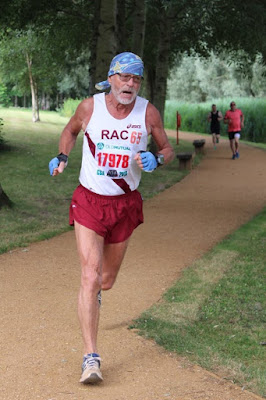 I started running fairly late in life in 1974 but after a fairly short introduction to running with Tipton Harriers (where I became friends with Ron Bentley, Bill Carr, and many others)......joined Leamington C and AC  where I became great friends with Cavin Woodward. I emigrated to South Africa in 1976 and now retired spend part of my life in the UK and part in Johannesburg

I reached the total of 100 000 miles on 2nd December 2013 running along the Muscat Corniche in Oman where I was holidaying at the time.