I became interested in running early on, but it was in 1975 when I began to record running miles, documenting distance, times, plus other observances. 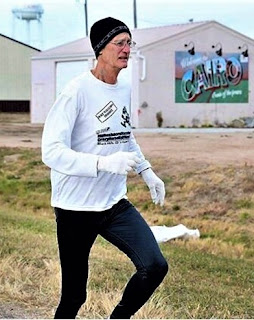 After college I continued to run and meticulously document daily running activities on graph paper consisting of distance, time, temperature, shoe, and location of runs plus others.

Also, I have written numerous stories at one time or another about events that have occurred while running and I have found that it is not only about time and distance, but of things that have happened between the start and finish of every

Last, how cool would it be to be listed alphabetically after the legendary Ron